Will the rise of Head-Mounted Displays lead to the end of CAVEs?

HMD manufacturers claim it will, while professional users and virtual reality integrators are equally convinced it won’t, at least in the short run. Who is right and why?

Well it very obviously isn’t this black and white.

Indeed, according to a vast majority of predictions Head-Mounted Displays will rise due to the lower investment it represents, thus granting access to the technology to more professionals. Which is great news for virtual reality!

At the same time, even though VR HMDs are great professional tools, it is not said that this will happen at the expense of CAVEs. That is because they are two different tools allowing a set of uses that only partially overlap.

HMDs while being financially more accessible also offer a lower rendering quality. As a result, while absolutely relevant in many professional contexts including, for example, simulation and training, it is not adapted for uses requiring a high-end rendering such as design within the automotive industry. It is nonetheless not unlikely that the rendering improves over time and reaches the required level relatively soon.

Another relevant element is proprioception, in other words one’s awareness of the position of its body and body parts in its environment. This is nowadays fully possible in CAVEs while only through an avatar for HMDs. Therefore, uses involving experimentation with your own body, requiring meticulousness, or directly involving the human morphology, will find a more suited tool with CAVEs. 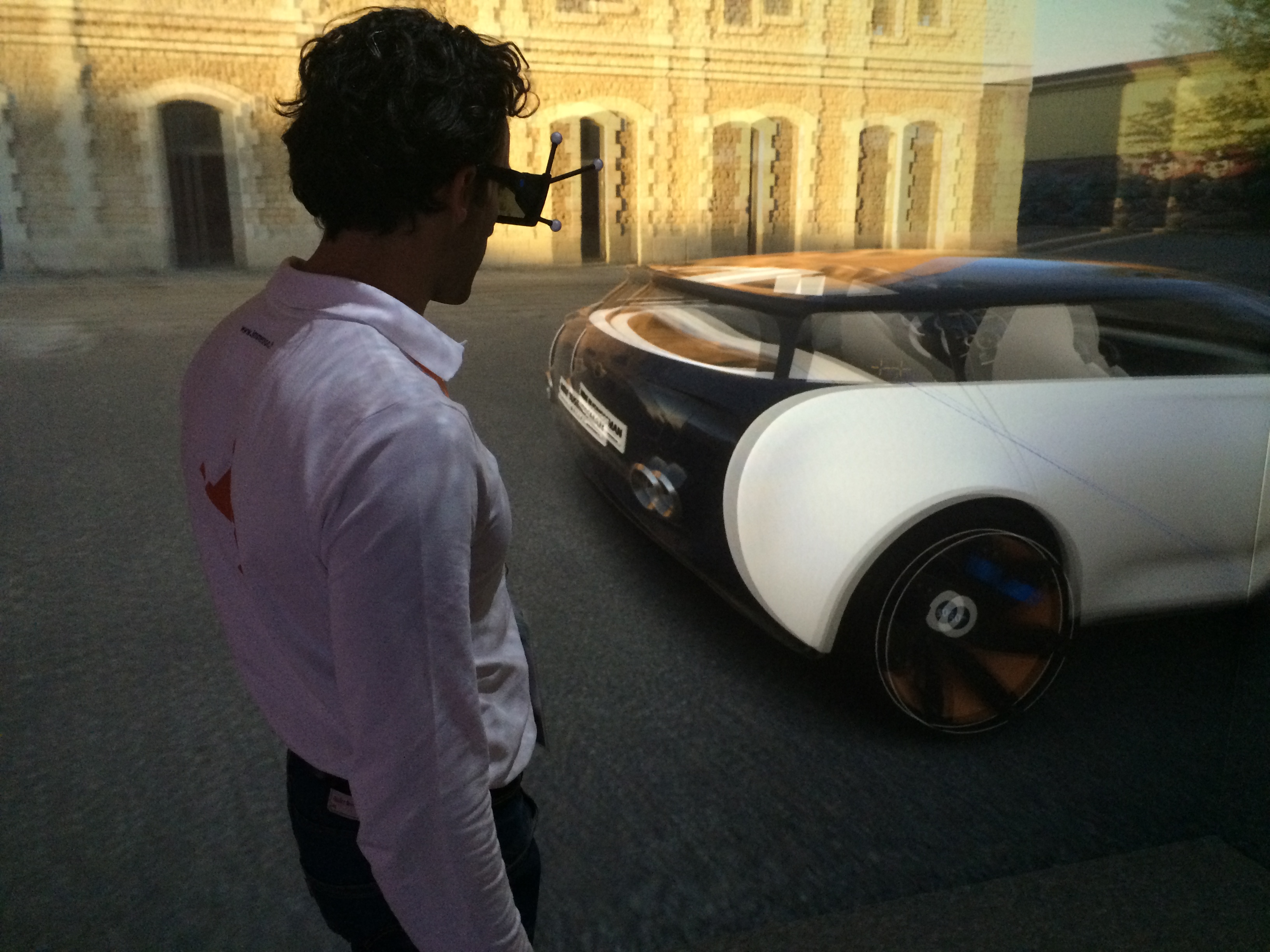 As stated by Philippe Fuchs, Virtual Reality researcher, professor at Mines ParisTech, author of numerous VR related publications, and confirmed by professionals’ experience (Renault Trucks, PSA, and more), HMDs seem to not favor the same form of collaboration as the operator is completely immerged, and thus disconnected from the outside world, and fewer people have a visual of the ongoing immersive experience. This means in other words that HMDs simply have the flaw of their quality. Consequently, once more, depending on the use of virtual reality that is required, one or the other is more adapted.

The last main element is the difference in the field of view allowed by those technologies. HMDs, while allowing a complete immersion in a virtual environment, is limited to 110° field of view. On the other hand, CAVEs allow for the usual human field of view of 210° but the immersive experience is limited by the amount of “faces” it has. Here again, the right choice of tool has to be made depending on the use.

Those qualities and differences being outlined, it appears quite clearly that the VR HMD and CAVE technologies are still nowadays two distinctive tools meant for a distinguishable set of uses.

Would it make sense to say that the rise of hammers will replace screw-drivers?

Well, until your hammer allows for proper screw driving, probably not.

It is important to keep in mind that the evolutions of the technology will indubitably lead to a shift of uses and more overlapping in their applications. It might even be, as seen when studying predictions for the VR market, that the rise of Augmented Reality and Mixed Reality overtakes a set of uses from Virtual Reality…

That being said, the future is bright and thrilling for professional VR and it is absolutely fascinating to witness and contribute to the evolution of the technology as well as the ways it is applied.